We are children of Etna and the Volcano has been a positive element in our story for nearly a hundred and fifty years.

It is fertile land for growing vines that produce excellent wines and bring prestige to the area.

For us, producing wine means showing the world this unique place and its wine-making tradition, forged by hard-working hands and centuries-long dedication. 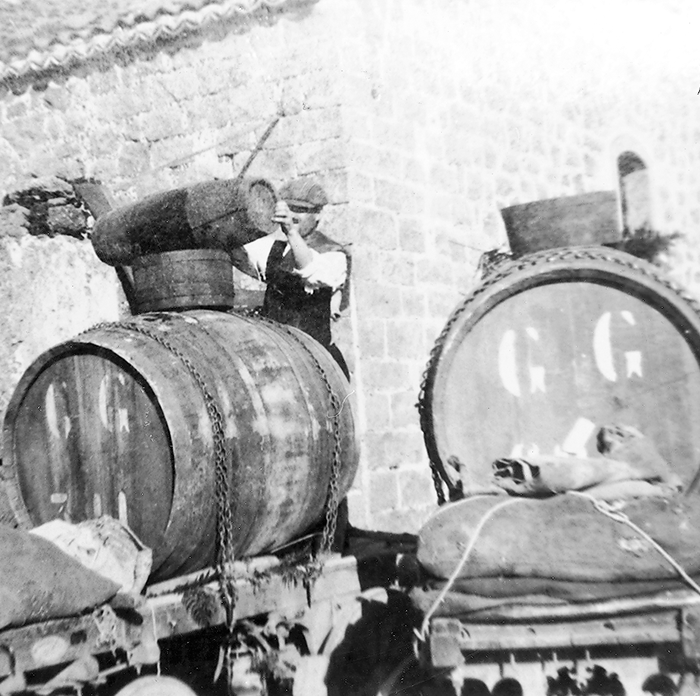 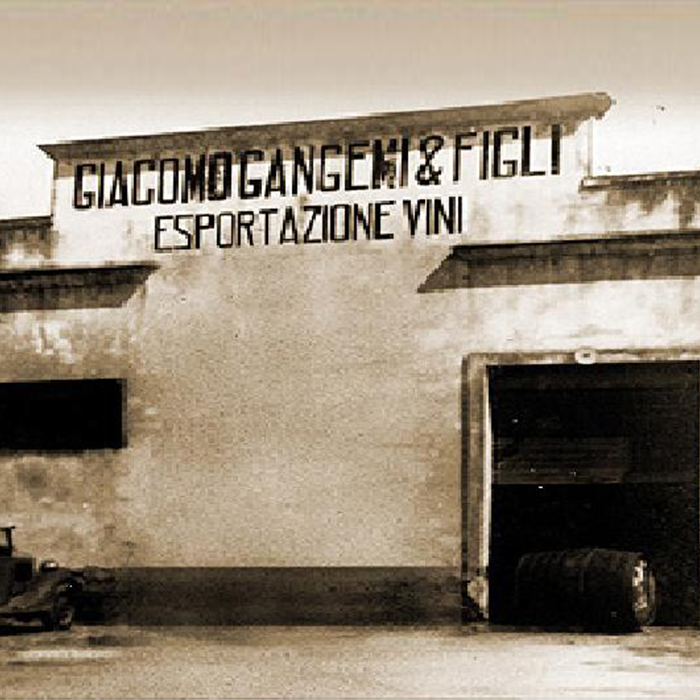 Between Giarre and Riposto

Our story begins in 1877, when Giacomo Gangemi inherited some land in the Altarello district from his grandparents and dedicated himself to wine-making.

The enterprise prospered and he opened an inn near Mascali with his wife, Grazia Vicari, where, anticipating today’s “happy hours”, he sold his wine by the hour, with simple food served at rustic tables with checked tablecloths.

As well as the classic red wine, among the novelties Giacomo offered his customers was a bubbly mix of red and sparkling wine – what we would now call a spritz. The result was a success: a lot of people enjoyed the drink’s lively effects.

The inn was busy and growing, and so was the family. In all, there were five children: Giuseppe, Agostino, Andrea, Sebastiano and Maria.

Giacomo was good at looking ahead and decided to form a company with his sons, “Gangemi Giacomo & Figli” (Giacomo Gangemi and Sons)..

They bought more land on the eastern slope of Etna, between Giarre and Sant’Alfio and on the north side of Etna in the village of Calderara (municipality of Randazzo) and Passopisciaro. The business also expanded its real estate by buying some apartments in the centre of Arcireale to house the offices and an analytical laboratory to check the wines they produced and bought.

When Giacomo’s sons took over, the business was ready to expand and make the “family selection” wines famous on the national market and across the Alps.

Each brother chose his role: Agostino (known as Tino) bought the wines, mainly in the Pachino area; Giuseppe moved to Milan to sell the family’s wines in central north Italy and to take care of their French customers; Sebastiano looked after the vines and wine-making; and Andrea managed the accounts and analysed the wines they made and bought in. This family organisation helped the business grow.

For ease of transport and to manage the increasing work, the Gangemi brothers decided to develop a warehouse next to the railway at Guardia Mangano, in Arcireale. Barrels of wine, ripened by the hot Sicilian sun, could be loaded onto trains there to travel to the rest of Italy and beyond. 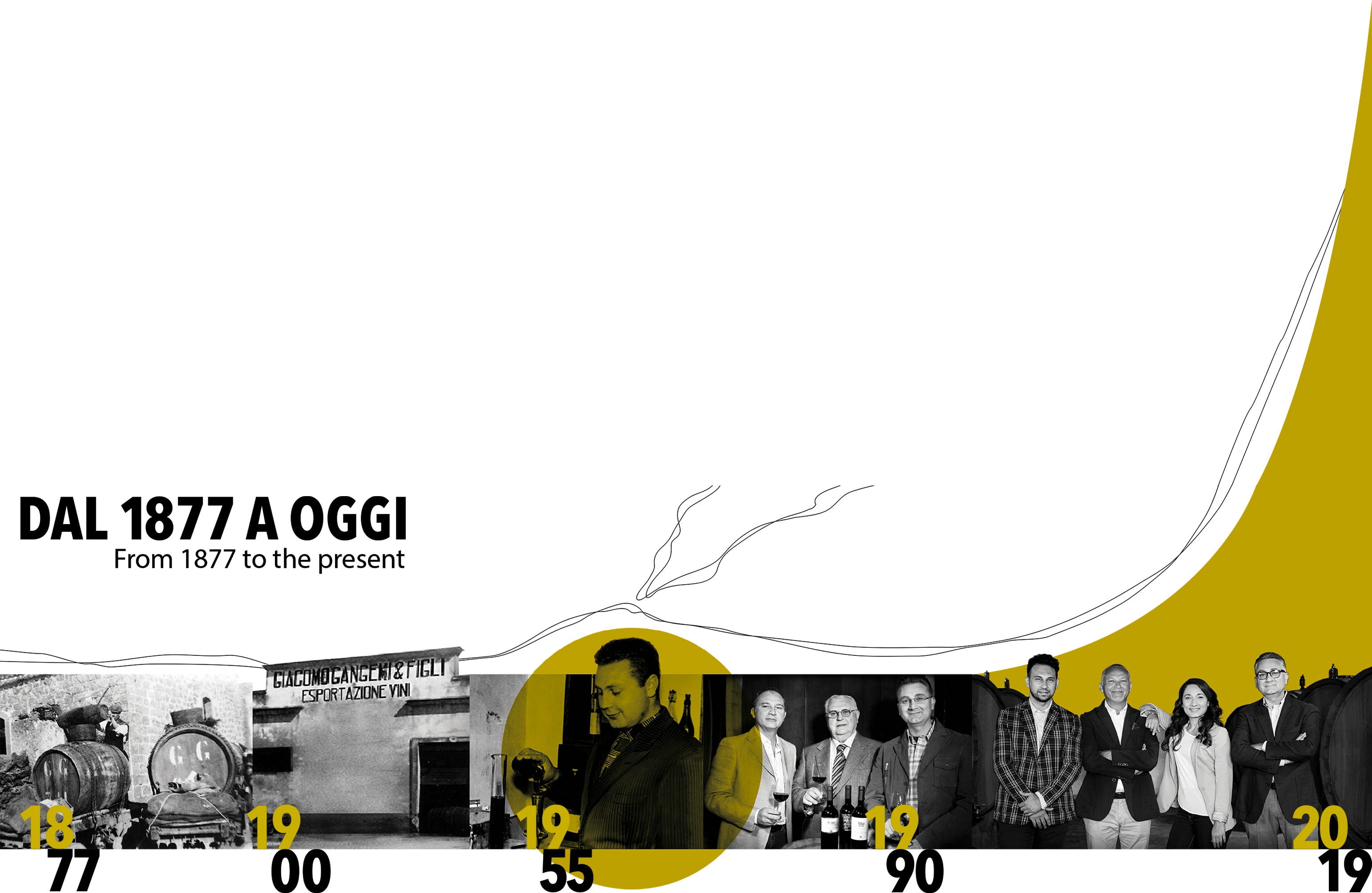 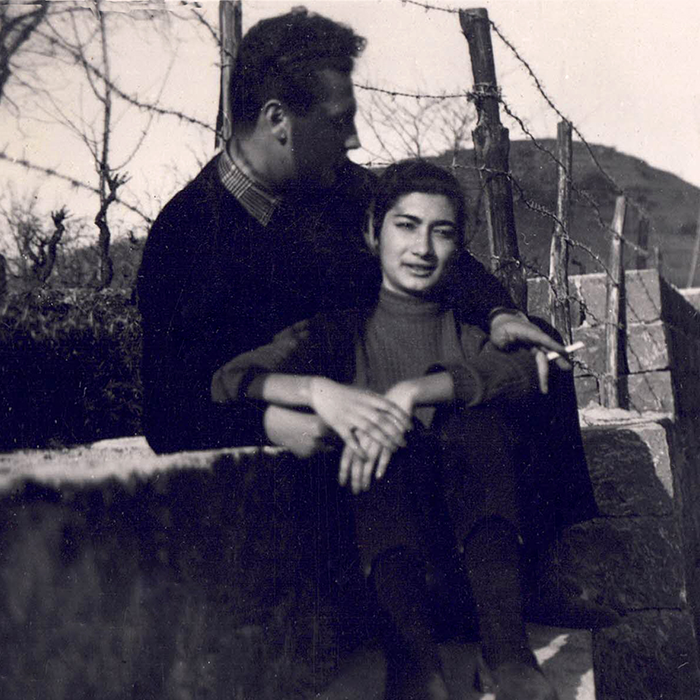 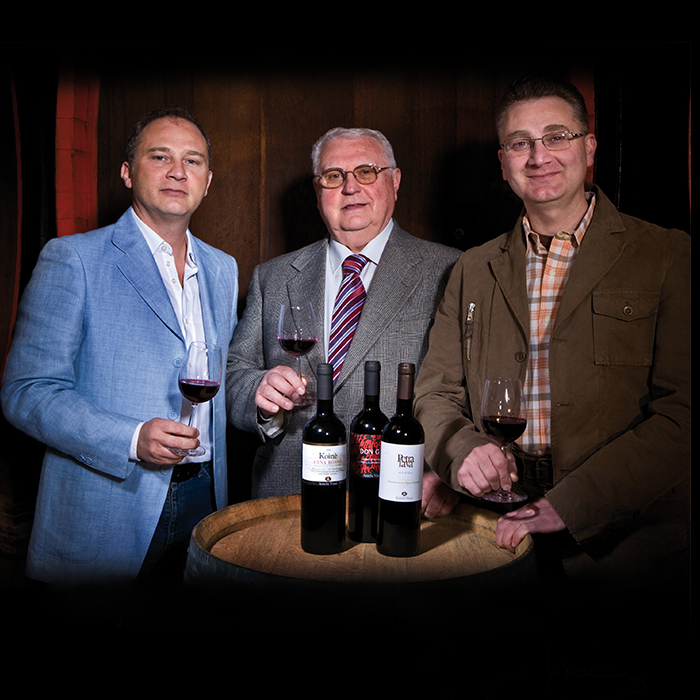 In 1955 Giacomo Gangemi followed his father Giuseppe into the business, later taking over the management from him. He quickly proved up to the job, especially during the wine-market crisis of the Eighties.

Rather than letting things slip, Giacomo had the courage to begin a process of business transformation aiming at producing quality rather than quantity, always with his wife Maria Grazia Porretto at his side.

Proud bearers of the Etna tradition
This project was ahead of its time and proved an inspiration for the whole region.

In 1990 Giacomo, with the fourth generation, his sons Giuseppe and Marco, updated the production systems, improving the work in the vineyards and in the winery and cellars, with the land and its produce always at the heart of the business.

As a result a new brand was born, Antichi Vinai 1877: the new winery began producing and bottling premium Etna wines. These are now recognised all over the world for their high quality.

Among the multi-award-winning wines are Neromosso, the sparkling wine Bollenere, the 1877 Metodo Classico ETNA DOC and Koinè Etna Reserve. 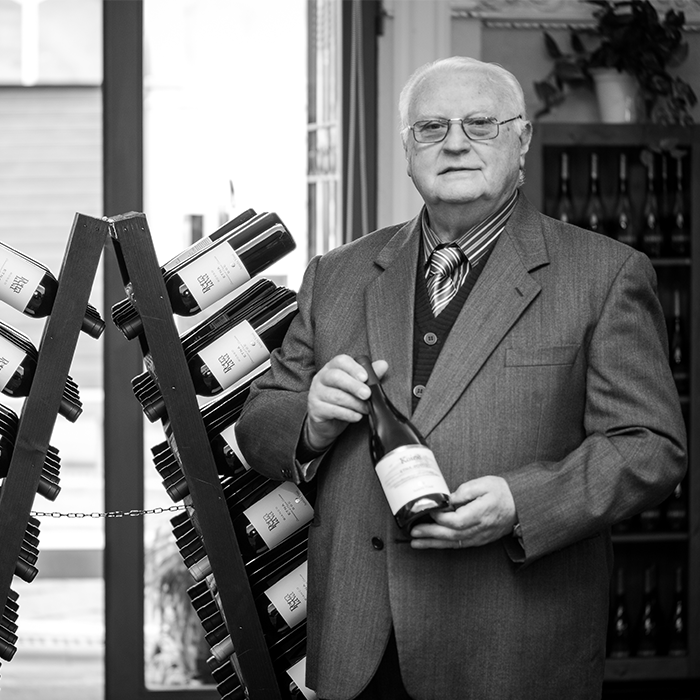 “Let the beauty we love be what we do”

Antichi Vinai (Old Vintners) looking to the future
Since 2019 Viviana and Sebastian, the fifth generation of Antichi Vinai, have embraced the family legacy and continue their ancestor’s work with passion and commitment.
Attentive to tradition but focussed on modernising and digitalising the business, they are the new guardians of a story that belongs both to them and to a unique volcanic terrain. 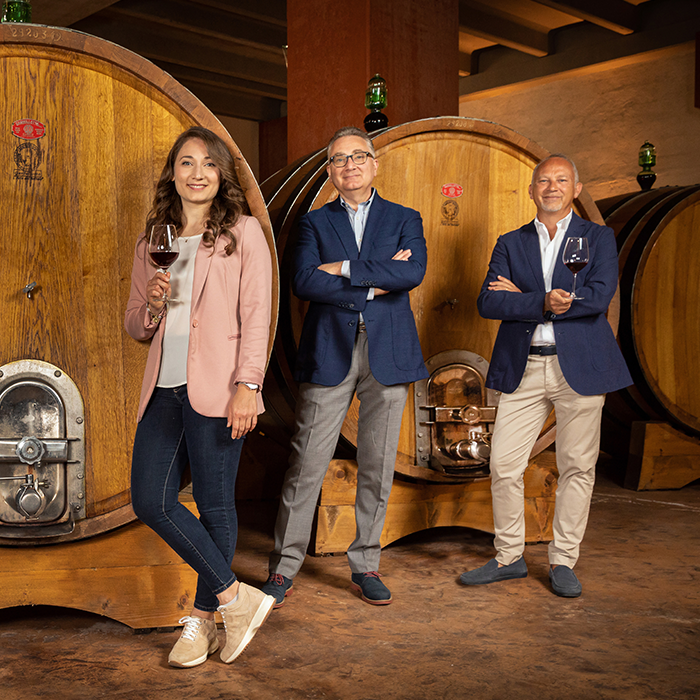 *The voucher is valid only once on an order of at least 50€. Shipping is free for orders over 99€ in Italy.